Affirmation of the Elm

Posted on October 25, 2014 by Francois Lachance

From the final entry (“Yes”) to the ABC “A deciduary”

[last words of the book]

There is a white elm behind the shape of our twenty-fifth letter. In the upper case. That single stem dividing in perfect fluidity against the clean sheet of the sky, the pencil never leaving the page. An elm behind the letter, and the entire alphabet of trees behind the three letter word, YES.

A tree is an act of affirmation. 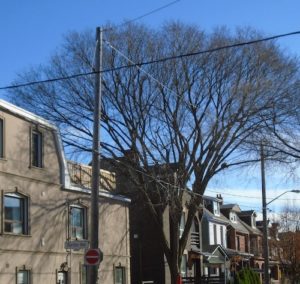 Now having read Terpstra this elm in my mind is kindred to affirmation.