The Spent and the Extended

What would she have made of the economic reading of 21st century epidemics?

These epidemics bring attention to the social infrastructure (undermined by years of neoliberalism). No economic health without public health and no public health without accessible infrastructure which includes a population’s physical and mental health – we are all disabled at some point or other (ill or not we are subject to stress and its hinderances of maximal functioning). Self-care depends on a network of care. Infrastructure’s true test is accessibility. 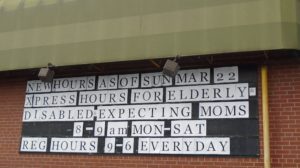 The rewards from collectively learning how to achieve appropriate social distancing without debilitating isolation depend upon a libidinal economy of temporal mindedness, a being constantly attuned to both immediate and delayed gratification — being knowledgeable about when and how one takes one’s pleasure.

Take for instance, in the microcosm of one’s online interaction: there is an intrinsic reward in hitting the send button (knowing you could repurpose what you have written) that is distinct from the reward of receiving a reply. Dépense in a sense becomes accumulation.

You bet I will repurpose this post! And exercise some temporal distancing.

This entry was posted in Uncategorized and tagged Healing. Bookmark the permalink.
This site is part of Humanities Commons. Explore other sites on this network or register to build your own.
Terms of ServicePrivacy PolicyGuidelines for Participation