Thrown for a Loop

Posted on October 12, 2013 by Francois Lachance

It took me a while to piece together the elements of this advertising campaign.

Timed to coincide with Gay and Lesbian Pride, it ran during the month of June and into July at the corner of Church and Bloor in Toronto. 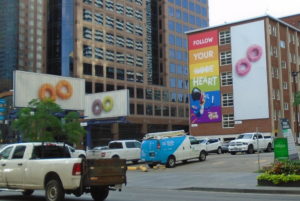 The sponsor was Kellogg’s Fruit Loops. The slogan invited viewers to “Follow Your Heart” with Sam, the friendly toucan, wielding the chalk rewriting the slogan.

There’s a rainbow tying all this together. 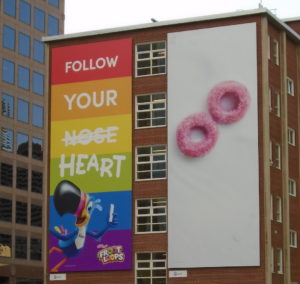 This entry was posted in Ephemera, Uncategorized. Bookmark the permalink.
This site is part of Humanities Commons. Explore other sites on this network or register to build your own.
Terms of ServicePrivacy PolicyGuidelines for Participation