A View of Mesopotamian Ceramics

Posted on September 25, 2013 by Francois Lachance 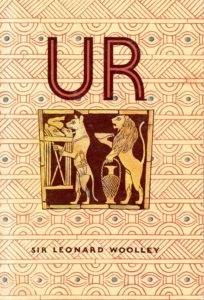 In describing what is illustrated before us, Sir Leonard stresses the serial nature of ceramic production. From his comments on Plate 1 Pottery of the Al ‘Ubaid Period, we learn of his astonishment of the craftsmanship of the work not-produced on a wheel:

The pottery is astonishingly good, and the walls are sometimes of almost egg-shell thinness. The body clay was covered with a light slip or wash of white, and the painted decoration was applied before firing. […] Later on the use of stone or metal for luxury vessels killed pottery-making as an art, and the dull mass-produced wares of the potters of the historic ages have no merit other than utility.

I like the convergence of history and aesthetics in such a compact space. Awakens the imagination to seek out those more utilitarian pots and to judge their merit.