Junior was always trying out white folks stuff and brining it to school for us to try. […]

When he brought potato bread to school for lunch, we were all like, what’s up with the yellow bread? For it was surely some white folks stuff and the dumbest thing we’d ever heard of until we tasted it. Once that yellow soft hit our mouths, though, it was like Apple Jacks; it didn’t even have to taste like apple, or potato.

Croissants, too, not those pop-can crescent rolls our mamas and the lunch ladies tried to feed us. Junior had real croissants—the kind where you aren’t supposed to pronounce the “r”—from a little bakery at the edge of the Fondren District. We ate the flaky edges of those croissants like they were Pop Rocks, just doing all their work in our mouths.

But most of us drew the line at brioche.

There follows a whole story devoted to ethnography and perspective and focalization and story telling and drawing the line.

The emboîtement of narrative elements is a feature of many of the stories in Heads of the Colored People and it is fitting that the endpapers pick up this notion in their design. 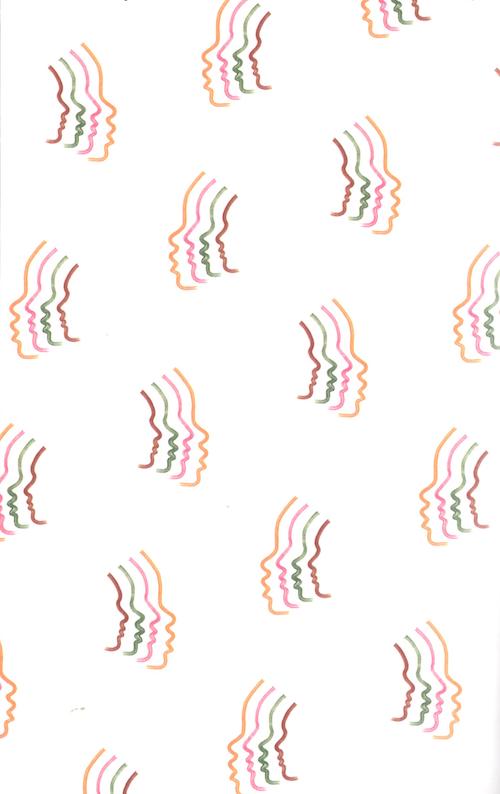 Head outline or profile cascading and seeded throughout the page space. Telling and told.

This entry was posted in Booklore, Food Writing. Bookmark the permalink.
This site is part of Humanities Commons. Explore other sites on this network or register to build your own.
Terms of ServicePrivacy PolicyGuidelines for Participation