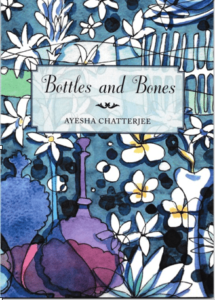 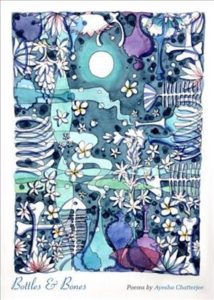 Like two different states of the same perfume. Suitable for a book whose sections are divided into “Top notes, Middle notes and Dry down.”

There is a deftness in the words and their positioning … the image is allowed to waft before a piquant counter-tone is encountered. Take for instance the beginning and end of “Lessons from the First Anglo-Afghan War”

Yesterday, I could have given you
statistics crisp with freshness
[…]
every detail, except for the camel
that carried the eau de cologne.