Posted on October 25, 2012 by Francois Lachance

In the Washington Post of August 12, 2011, under the heading “Reich bows to protest of 9/11 CD cover art” Anne Midgette

For the cover of the premiere recording of his searing piece “WTC 9/11” on the Nonesuch label, Steve Reich selected an image of the burning towers of the World Trade Center on Sept. 11, 2001 : a stark image of horror unfolding on a beautiful day. When the cover image first appeared in July, in advance of the Sept. 20 CD release, there was a tremendous outcry from people who felt this was a disrespectful and disturbing use of the photograph — so much so that, as Reich announced Thursday in a statement on the Nonesuch Web site , the CD’s cover is being changed.

Here are the images: 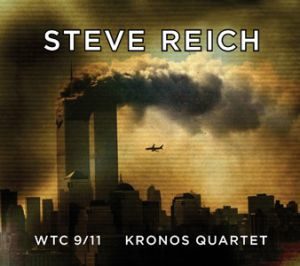 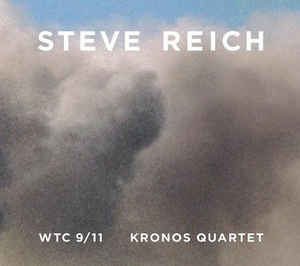 and this European recording by Quatuor Tana 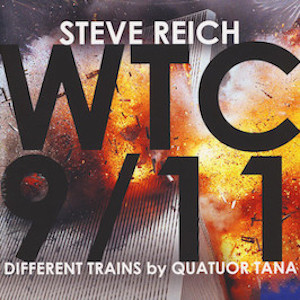 With these pictures in mind it is with amazement that I came across this understatement in the poetry of John Hoppenthaler:

On New Year’s Eve I watched fireworks set this skyline ablaze.
I stood outside the bar in blue cold with regulars, cradled delicate
flutes of bubbles in my fingers. We were thinking of towers,
how change had come. Together we wished it meant an early spring.

The figure of speech is litotes when some is more than enough.

This entry was posted in Uncategorized and tagged Paratexts. Bookmark the permalink.
This site is part of Humanities Commons. Explore other sites on this network or register to build your own.
Terms of ServicePrivacy PolicyGuidelines for Participation