Posted on April 6, 2011 by Francois Lachance 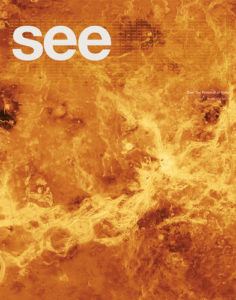 The purpose of Natalie’s work, it seems to me, is to render the invisible visible. But her nimbleness at drafting technology into the service of pulling away all manner of curtain is astounding. “I look at new technologies and the opportunities they contain for social change,” she says. “So the idea that social and technological change are implicated in each other is something I spend a lot of time trying to detangle and understand, because, of course, new technology can be thought of — as a rule of thumb — as a profound and conservative force, given that it’s so resource intensive … which means that only rich companies, and the military, and resource-rich sectors of society can really develop and build new technologies.” That’s a long sentence. It’s a quick jump to the implications: “So we see that most new technologies are built in the interests of large corporations and military … because that’s who’s developing them.” Fair enough, but there are two interesting side tones to technology, “One is the notion of unintended consequences, and the other is that technologies are complex. They’re too complex for any corporation to predict ‘this is how they’ll be used.’

An example from Jeremijenko’s 2010 TED Talk

And what I want to show you is — actually this is one of the components of it that we’ve just recently been testing — which is a solar chimney — we have got 17 of them now put around New York at the moment — that passively draws air up. You understand a solar chimney. Hot air rises. You put a bit of black plastic on the side of a building, it’ll heat up, and you’ll get passive airflow. What we do is actually put a standard HVAC filter on the top of that. That actually removes about 95 percent of the carbon black, that stuff that, with ozone, is responsible for about half of global warming’s effects, because it changes, it settles on the snow, it changes the reflectors, it changes the transmission qualities of the atmosphere. Carbon black is that grime that otherwise lodges in your pretty pink lungs, and it’s associated with. It’s not good stuff, and it’s from inefficient combustion, not from combustion itself. When we put it through our solar chimney, we remove actually about 95 percent of that. And then I swap it out with the students and actually re-release that carbon black. And we make pencils the length of which measures the grime that we’ve pulled out of the air.