Posted on November 20, 2010 by Francois Lachance

The paratext indicates a “scrapbook” but some of the entries/poems would indicate a “diary”. Found by Souvankham Thammavongsa.

Observe in the corner of the cover a simple diagonal line, almost decorative. But it is very declarative. It “takes out the month”. 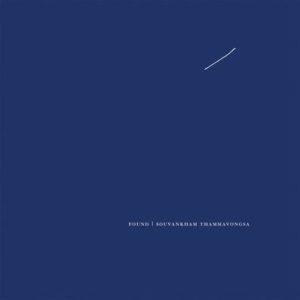 That very same graphic is found inside the book to mark time marked off for whatever reason. Months have the line drawn through. And there follow months that are blanks. A series of cancellations followed by blanks would lead one to believe that the recording had been abandoned. The effect of fading is almost perfect except that the series ends with a poem, “Warning”. However the poetic voice in this last poem is no longer describing the “scrapbook” but is recounting the actions of the father whose scrapbook has been mined for the book the reader holds in their hands.

Brittany Kraus reading the same paratext gloms onto the refugee status of the father (I, onto the fact that the “scrapbook” is thrown away) and from there frames the whole book as a waiting for.

Thus, the reader becomes a participant in the refugee’s experience of waiting—for a letter, for a visa, for permission to enter.

But the final poem appears to have nothing to do with waiting but with warding off. Its principle image is of a gutted pigeon tossed back as a warning. What being found was not always there. And not always being there can be found elsewhere. No need to wait.

This entry was posted in Booklore, Poetry and tagged Paratexts. Bookmark the permalink.
This site is part of Humanities Commons. Explore other sites on this network or register to build your own.
Terms of ServicePrivacy PolicyGuidelines for Participation